The language we use to refer and engage with one another has a significant effect on those around us, our workplaces, and our community. Join our panel of community leaders to learn the ways you can cultivate language as a powerful tool that builds inclusive and empowering spaces in order to intentionally avoid marginalization, misrepresentation and perpetuating stereotypes that drive exclusive and isolating practices. 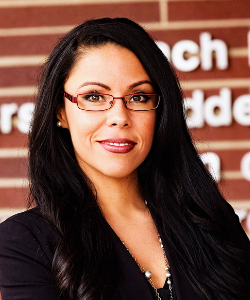 Nubia Pena
Director, Utah Division of Multicultural Affairs
Nubia Peña is the Director for the Utah Division of Multicultural Affairs where their mission is to promote an inclusive climate for Utah's growing diverse community through training, outreach and youth leadership development. Peña is immensely grateful for the extensive experience acquired during the past 15 years working as a community organizer, advocate, and ally or marginalized populations. She has the great opportunity to facilitate dialogues amongst local and national leaders on complex topics of inclusion and racial justice working to create equitable access in services and resources for disenfranchised communities. Peña also designs and implements various workshops on creating culturally relevant, and gender-specific programming for at-risk communities, specifically when working with youth and adolescents.Peña received her Juris Doctorate from the University of Utah S.J. Quinney College of Law in May 2016. During that year, she was selected as one of 25 law students in the nation to be recognized and highlighted for her social justice activism in the National Jurist, a leading news source in legal education. Peña was also selected as the recipient of the National Juvenile Justice Network 2019 Emerging Leader Award due to her longstanding commitment to youth rights, empowerment, and leadership development. Peña was named as one of Utah Business Magazine’s 2020 40 Under 40 award recipients. Click here to learn more about Peña. 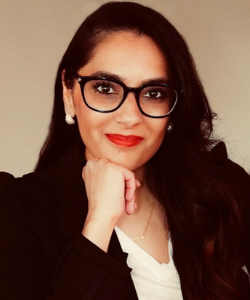 Neelam Chand
Founder & CEO, Shift SLC
Neelam Chand is the CEO and founder of Shift SLC, a diversity and inclusion consulting firm located in Salt Lake City, Utah. With over a decade of D&I experience, Chand has worked with different industries ranging from higher education to financial services and tech startups to break down systemic barriers and to design a more equitable workplace environment. When it comes to inclusion work, her philosophy is to "keep it real" and skip the etiquette of making people feel comfortable. She believes that a bit of discomfort is needed to begin the process of empathy and inspire positive change.  Chand has published thought leadership materials on various platforms, including Medium, Utah Business Magazine, and Silicon Slopes, for her expertise around racial bias, intersectionality, tokenism, microaggressions, and women of color in the workplace. Before establishing her firm, Chand served as SVP, Diversity and Inclusion Officer at Zions Bank. Chand currently serves on various social justice boards and commissions throughout the state of Utah, including; Utah Governor's Martin Luther King, Jr. Human Rights Commission, Utah Polynesian Professionals, and the Utah Covid-19 Multicultural Task Force. 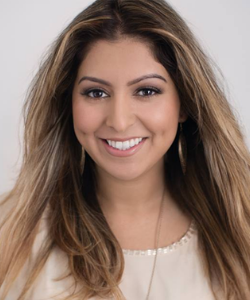 Krystal Guerra
Director, Demand Generation, Instructure
Krystal Guerra has always had a passion for leadership and serving her community both locally and nationally. While attending UVU she worked closely with campus administration as the VP of Clubs and Organizations representing over 100 clubs and advocated for community colleges in Washington DC as the Utah South Regional Representative with ASACC. She was also an AmeriCorpsVISTA member, an organization aimed at alleviating poverty through volunteering and the mobilization of resources. At Instructure, Guerra serves on the Diversity, Inclusion and Belonging Leadership Council representing the North America Region. Guerra is also the co-founder of the Utah Latino Business Expo, an inclusive event focused on bringing businesses, community & culture together. In 2019, Guerra was recognized as one of Utah’s 30 Women to Watch by Utah Business Magazine. She has been featured in several publications, conferences, podcasts and news channels including ABC4, Fox13 & KSL5. Most recently, Guerra has helped direct and produce a short documentary highlighting the impact of essential migrant workers in agriculture and capturing the story of her own parent’s farm and story of immigration to the United States. 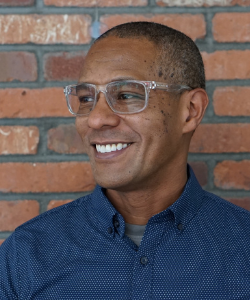 Jason Thompson
Vice President of Diversity, Equity, and Inclusion, Western Governors University
Jason Thompson is a thought leader in Diversity, Equity and Inclusion, having spent the past twenty-five years building DE&I programs in sports, health care, technology, and education. Jason is currently the Vice President for Diversity, Equity and Inclusion (DE&I) at Western Governors University (WGU) one of the largest fully accredited online universities in the US with over 121,000 students.The diversity and inclusion programs developed by Jason have won several awards at the local and international level. Most recently the D&I Scorecard developed by Jason received the top honor in the 2016 International Innovations in Diversity Awards program from the Profiles in Diversity Journal. Jason was also recognized as a 2017 and 2018 Diversity Leader by the Profiles in Diversity Journal. In 2015, the USOC D&I department received the Diversity Champion Award for Excellence from the Colorado SHRM. Jason’s work has been highlighted and quoted in the USAToday, Washington Post, CNN, The New York Times and The Guardian.